When I was a kid I told a cop that I had run away from home and now I can’t find my parents. Can you help me? I’d love to, said the cop but there’s just too many places for them to hide.   

I only ran away from home one time. We had just moved to Eureka, California. In Southern California I was a freshman at Walnut high school. But in Eureka The high school was only a three year school so I had to go back to junior high. It was a good junior high but had some guys who were really bad bullies.

I decided one day that I was going to run away. highway 101 was just a couple blocks south of us so it would be easy to just go down and use the signs I created that said San Francisco and Los Angeles. I used to walk a girl to school each day but on this particular day I took a right down the street instead of taking a left to go up to the school. 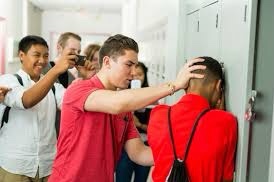 I think I had $.22 in my pocket so the results would probably have been a disaster. Not in my mind, Mind you. I thought it was gonna be smooth sailing and I could go back to my other high school. So here I am on the 101 hitchhiking south. Off in the distance I saw a car that looked all too familiar.        you guessed it, it was my dad.

As the car approached, anxiety kicked in and I became nauseous. Dad pulled up, rolled down the passenger side window and asked “where do you’re going?” I showed him the sign that said San Francisco. He was not amused. He told me to get in the car, which I did. He brought me home and of course my mother was in tears.

The bottom line is that two police officers pulled me out of class and tried to tell me that Eureka  was a very friendly town so there was no reason to run away. The next day I was beaten badly by one of the bullies. The same two police officers responded and had nothing really to say. I ended up loving Eureka so much that I would love to live there for the rest of my days.

I highly recommend that you don’t click on this link unless you really want to laugh.