I love it when someone is being interrogated by the police and 3/4 of the way into the interview the officer asks a question and the person says, “honestly?” That just doesn’t look good. It means that everything you’ve said up until then may have been a lie. Not smart. Instead, maybe you could say, “officer, I attended a Comedy hypnosis show. I am still under his spell, I couldn’t tell a lie if I wanted to.” Yeah, that’ll do it.

It has been my experience that every time I’m talking to someone and I asked them a question and they responded by saying “honestly?” I know that the next sentence that comes out of their mouth will definitely be a lie. The same is true for the word truthfully. Why would you start a sentence with either one of those words? 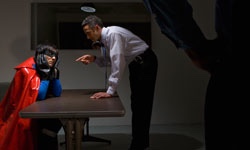 Of course I want to hear the truth. What, I’d rather hear a lie? It’s kind of like saying “My bad”on the witness stand or at a funeral where the victim was murdered. It’s just not smart. We all know there are certain words that cannot be spoken in certain situations. Like bomb in an airport or plane or saying “you are lying!” to your wife in the middle of an argument. 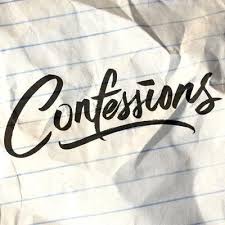 I just think that one should really think before speaking to see just how the other person is likely to react. Oh, and one other thing. If you are being interrogated for a serious crime, don’t say anything. Lawer up whether you’re guilty or not. Don’t let these detectives press you into a confession. See, a confession really isn’t going to help your cause. Now if you’ll excuse me, there’s someone pounding on my front door and yelling “police department”. I’m going to hide up in my attic until the coast is clear. See you tomorrow.

Click here for more than 1700 free short and funny blogs!

It is a Facebook page dedicated to artwork, beautifully painted on rocks. I don’t know how they do it. Check it out by clicking on the picture.