Yesterday I watched the movie splash. It was as funny as ever. I have an affinity for that movie because every time I watch it it reminds me of the time when I too, dated a mermaid. It was great except I absolutely refused to live in the water with her. She could easily live out of the water. But it just seemed weird for me to live down there. 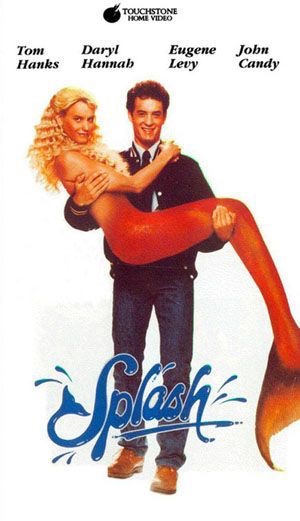 Besides, I love to eat fish, so I think I would either wind up in ocean prison or a shark would probably get me. Anyhoo, we lived a great life until some idiot exposed our secret. Only in our life the government didn’t try to capture her. She made lots of money just by making appearances at many different places.

That went great for a while except she kept meeting all of these good looking movie stars. Then one day she met Jason Momoa who played Aquaman in the movie. Before I knew It, I got that letter in the mail that no one likes to get. She broke up with me to marry Jason Momoa. I would never be able to compete with that guy. He was the Captain of the sea or something like that. No matter, it was done.

There was no way I was going to stop her so I devised a plan where I could still make lots of money. Love? Who needs it. I wanted to have a lot of cash, So I became a counterfeiter. I made as much money as I wanted. Sure, I eventually was caught, arrested, and thrown in jail. But at least I don’t have to see the mermaid with Jason Momoa.

Click here for more than 1,600 short, FREE and funny blogs!

Beautiful art work! Just click on the picture to see much more!