If I were going to have a service animal, I would choose a skunk. That way, on a plane, boom! The whole row to myself.

Skunks are like women. They are beautiful creatures until you tick them off. Then you need to run for cover, fast. The wrath of an angry wife can be quite frightening. I know, because like most guys, I’m an idiot and I do things sometimes (many times) without thinking it through.

Example: my wife loves to be pampered on her birthday, and I love to do it. The problem is, I often mess up with her gift. She says it’s because I don’t listen or something. I don’t know, I wasn’t really paying attention. 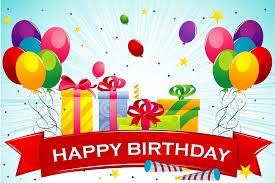 Two years ago, I knew she wanted a big touch screen stereo for her car. So, I found a really good one and bought it. On her birthday, we went to the installation appointment. It was sort of out in the middle of nowhere and they told us it would take several hours to finish it. Several hours?? Uh oh.

She said to me, “Now what?”, expecting that I had a plan in place. I had nothin’. Squat. Zip. I didn’t get beyond the purchase and installation of the stupid radio. She told me she wasn’t going to waste three or four hours of her birthday sitting in the car stereo waiting room.

I had to think quickly. There was a great shopping center not far away, so I suggested that we walk there. Here’s the problem. It was a mile and a half away. Did I think about calling a cab? Nope. Another stupid move. Plus, I was recovering from a recent knee surgery.

So we walked to the center. She stayed a good two blocks ahead of me the whole time. I don’t blame her. She’s a lady who likes to be pampered on her birthday. And it’s only twice a year; Mother’s Day and her birthday, so I had it coming.

We ended up watching a movie, while I frantically texted her sister to pick us up at the theater when the movie was over. Fortunately, she was available. Unfortunately, women never forget these sorts of things. Ever. The awesome gift was now somehow tainted.

Let’s face it. The shelf life of really good things we do is shorter than milk, at best, and that’s if everything runs smoothly. If you screw things up, forget about it. You have to think of something else that’s really great for damage control.

In the end, she loves the stereo, but I’ve learned not to talk about it because the long walk part is definitely going to come up and the fight starts all over again. My beautiful wife becomes the skunk. I have to be very careful, or I’ll get sprayed with indifference.

No offense, ladies, it is what it is and I really hope my wife doesn’t read this.