Is it just me or does anyone else think the North Korean dictator looks a lot like Tatoo from Fantasy Island?

That might explain his hostility. He always wanted to be the star of the show. He always called Mr. Roark, played by Ricardo Montalbán. Even in the picture above, Herve Villechaize demanded placement above Montalbán. They say Villechaize is dead, but I'm not so sure. 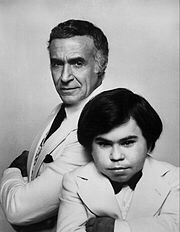 Un and Villechaize have never been seen together which is proof enough for me. I'm convinced. Maybe the anger is fueled by the fact that everyone around him were getting their fantasies fulfilled but he never got his. I can hear him now, "But both (boss), what about my fantasies Both" He has a bit of a lisp. 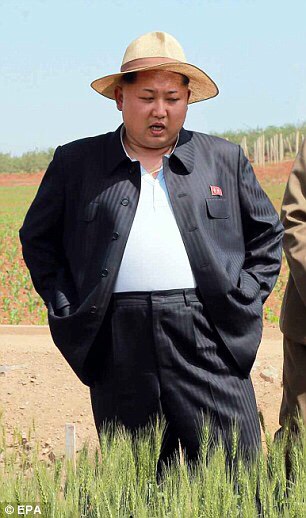 Ok, so I'm a bit of a conspiracy theorist. For example, when the original Superman tv show starring George Reeves ended I asked my mother what happened. She told me he killed himself. I said "How??? He's Superman!!!" Ever since I have suspected some sort of kryptonite conspiracy.

I think I just saw an all black unmarked helicopter buzz by. If something happens to me, arrest my neighbor Bill. He probably didn't do it but I can't stand the guy.

Want to try stand up comedy? Learn the secrets here!