I need to come clean on something. It has bothered me for a very long time. More than once, I have let the trash can under the kitchen sink fill to the brim and then carefully place items on top so they wouldn't fall. Whew, I feel better already. 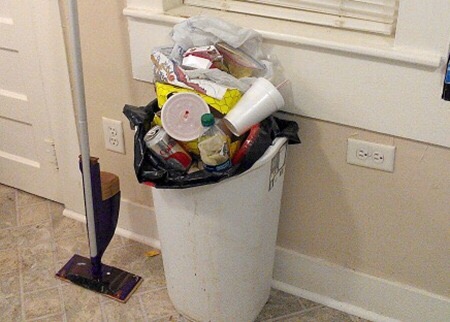 I swear, Heather hates it when I do that but I think it makes for a really fun game. Sort of a cross between Tetris, Blockhead and building a card house. I have learned the hard way that you have to be sure there are no coffee grounds anywhere near the top. That time it really took the fun out of it and Heather was really upset with me. Petty.

The real fun is using aluminum cans in the recycling can. You can build that one a mile high. Well not really a mile. I would need to cut a hole in the ceiling and roof and I am certain the landlord would not be happy with me. But you can stack them very high.

One time I super glued each can together because I thought it would be funny to pull them out of the trash can in one piece. Hilarious. There was only one problem with that plan. Heather started a rant about me being lazy (laziness played no part in this; it was a game) she picked up the brick of cans but the super glue had not yet dried on one can, so she had to drag it around for a few days. She is a teller at a credit union so I guess a lot of people laughed at her.

I stayed at a hotel for about six months under an assumed name. I thought it was a good cooling off period. Wrong. I learned something the day I returned. Frying pans really do hurt. When I got out of the hospital I promised never to play that game again. 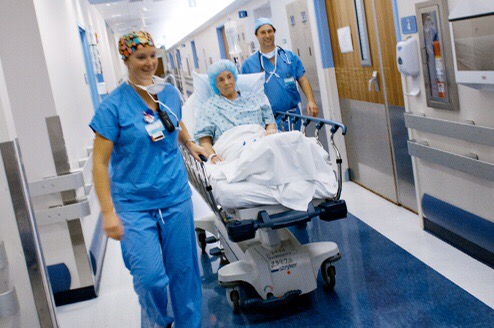 Check out my books by clicking here!