I finally graduated from college in the nick of time! I got my diploma from the Electoral College just in time for the election!

The Electoral College consists of 538 electors. A majority of 270 electoral votes is required to elect the President. A state’s entitled allotment of electors equals the number of members in its Congressional delegation: one for each member in the House of Representatives plus two for Senators. I’m not sure this is a good idea in this day and age. I prefer the popular vote. That way people can say our President won because he/she is really popular, just like in high school.

Each state’s electoral votes are counted in a joint session of Congress on the 6th of January in the year following the meeting of the electors. Members of the House and Senate meet in the House chamber to conduct the official tally of electoral votes. Sounds pretty simple, right?

Not so much. Some electorates can vote however they want, regardless of their state’s popular vote. Today, it is rare for Electors to disregard the popular vote by casting their electoral vote for someone other than their party’s candidate, but it can still be done.

Electors generally hold a leadership position in their party or were chosen to recognize years of loyal service to the party. Throughout our history as a nation, more than 99 percent of Electors have voted as pledged. However, there have been elections where the elected candidate did not win the popular vote.

In 1824, John Quincy Adams was elected president despite not winning either the popular vote or the electoral vote. Andrew Jackson was the winner in both categories. Jackson received 38,000 more popular votes than Adams, and beat him in the electoral vote 99 to 84. Despite his victories, Jackson didn’t reach the majority 131 votes needed in the Electoral College to be declared president. In fact, neither candidate did. The decision went to the House of Representatives, which voted Adams into the White House.

In 1876, Rutherford B. Hayes won the election (by a margin of one electoral vote), but he lost the popular vote by more than 250,000 ballots to Samuel J. Tilden.

In 1888, Benjamin Harrison received 233 electoral votes to Grover Cleveland’s 168, winning the presidency. But Harrison lost the popular vote by more than 90,000 votes. 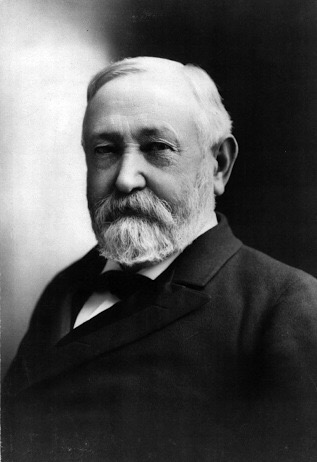 In 2000, George W. Bush was declared the winner of the general election and became the 43rd president, but he didn’t win the popular vote either. Al Gore holds that distinction, garnering about 540,000 more votes than Bush. However, Bush won the electoral vote, 271 to 266.

So now that I’ve graduated, I have a huge voting responsibility. I’ll probably go with Andrew Jackson because he seemed pretty cool. Plus, his picture is on currency. Yep, that’s my choice.

Check out my performance DVD and books by clicking here!
Connect with me on: