A man decided he wanted to be a priest. In order to do that, he had to see the monsignor, who sings everything he speaks. The monsignor sings, “Have you sewn your wild oats”? “Yes”, replied the man. “What is your current prefession”?, sang the monsignor. “I’m a Hollywood Talent Scout”. The monsignor then sings, “Feelings…”

Everybody wants to be in showbiz. Some time ago, my wife and I vacationed in San Francisco and Lake Tahoe. At one point, we were driving through Sacramento, California, and decided to stop at an In N Out burger restaurant. For my foreign readers, In N Out is classic Americana and a great burger joint.

Firstly, on the way in, we heard some helicopters overhead. When we looked, there were three huge, military style choppers. We remembered hearing that then President George W. Bush was coming to Sacramento for some reason. Who knows if he even knew? So, we captured some video of the choppers and headed in for our mid day treat.

One of the great things about In N Out is they all look the same, the customer service is incredibly good at every single restaurant and the food is exactly the same, cooked fresh to order, every time. The restaurants are always busy, no matter what time you go. The menu is simple and the same at every one, as well.

At this particular place, there was a young man, an employee, singing beautifully and loudly, non-stop. No one was annoyed. This kid was good. I joked to my wife about how funny it would be if, just like in the old days, a talent scout approached the young man and said, “Kid, you’re good. I’m a talent scout and you’ve got it”. We had a good laugh.

Just before leaving, my wife needed to use the restroom. While I was waiting for her, a guy walked up to the counter and told the young man that he was a talent agent and gave him his card and told the young man that he had what it takes and to call him. I swear it’s true. My wife heard the last part of it. We got out of there fast. It felt as though we were in the Twilight Zone. 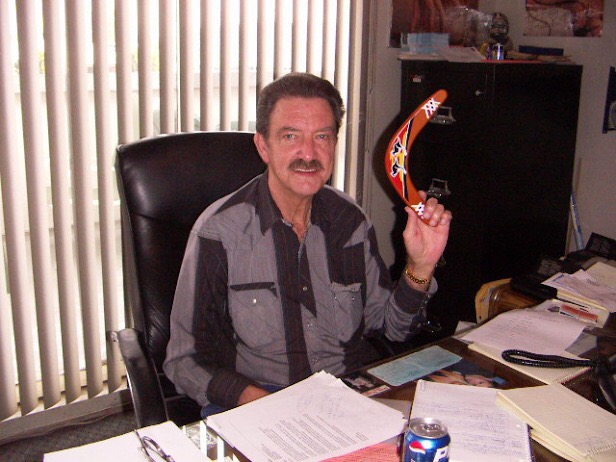 See you tomorrow.
My books: Amazon.com