I’m losing weight now, which is good. I think you’re only supposed to have one chin and the back of my neck is beginning to look like a package of hot dogs.

Brands don’t matter either. Ball Park, Hebrew National, Nathans, Oscar Mayer, generic…I don’t care. My favorite cooked hot dogs are the slow cooked, quarter pound Big Bites at the 7-11 stores. They are the best, at least for me. I don’t buy them often, but every once in a while I have to have one or two of them. 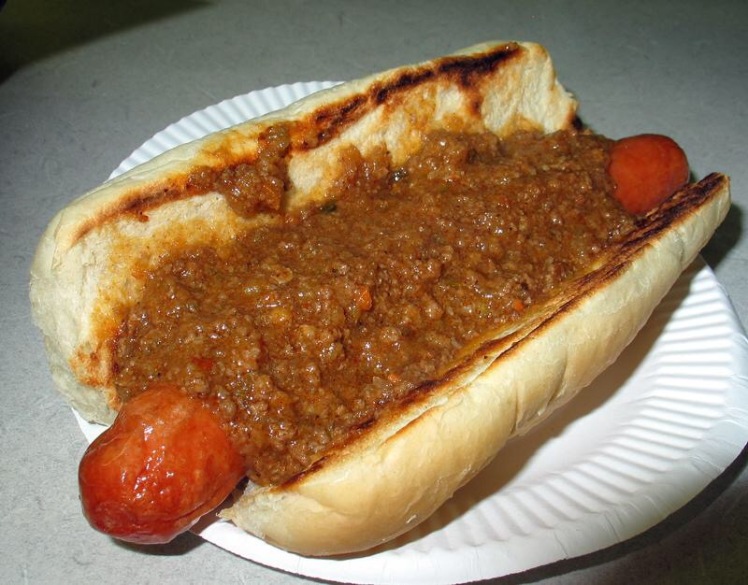 I like them plain. So does Heather. Just the bun and the dog. That’s it. I realize that is kind of strange, but that’s how we like ’em. If we go to any sporting event, we must have hot dogs. In fact, I’m pretty sure that is the law. Even though I despise the Los Angeles Dodgers, their hot dogs are the best. Nothing like a Dodger Dog.

I’ve tried many times to duplicate Dodger Dogs at home, with no luck. Years ago, I had a machine called a Hot Dogger. There were six pointed prongs on each side. You would stick each end of the hot dogs on the prongs and plug it in. Electric current would cook the hot dogs. I know it sounds odd, but they were pretty good!

Then one day I saw a slow cooker just like the one at 7-11! Are you kidding me? I had to have one. It was awesome. It even had a bin on the top to steam the buns to perfection! It was perfect until it stopped working. That was a bummer. I threw it away and haven’t had a hot dog cooking device since.

I know some of you are just dying to tell me how hot dogs are made. I don’t want to know. If I did, I would Google it. It would ruin one of my favorite treats. This coming Saturday, we will have a fire in our fire pit and roast hot dogs. It’s going to be fun! 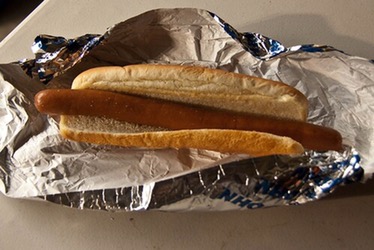 As for my neck, I’ll just keep losing weight and see if that takes care of the problem. If not, I can always join the circus freak show.