Men are 6 times more likely to be struck by lightning than women. This is because women are smart enough to avoid golf during a storm.

I’ve never been hit by lightning, which I don’t think is anything to brag about really. I either stay inside or sit out on the covered porch to watch God’s fireworks show. I know a person who has been hit at least three times. I say at least because I haven’t seen her in a while. You never know. 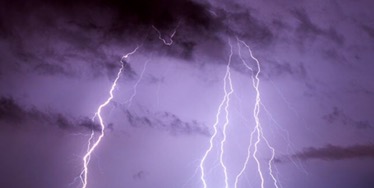 I only know one other person who was zapped. That one was a direct hit, as opposed to sort of getting nailed by a portion of the bolt. He was severely wounded by it and suffered some pretty severe burns. He survived. Amazing.

I have only come close to being hit. Very close. I was in France, sitting outside watching this beautiful lightning show while playing Game Boy golf with a friend. We were drinking some wine and having a lot of fun when suddenly a bolt struck maybe 15 feet away. It felt like an earthquake and I could feel huge charge of energy pulse through my body. 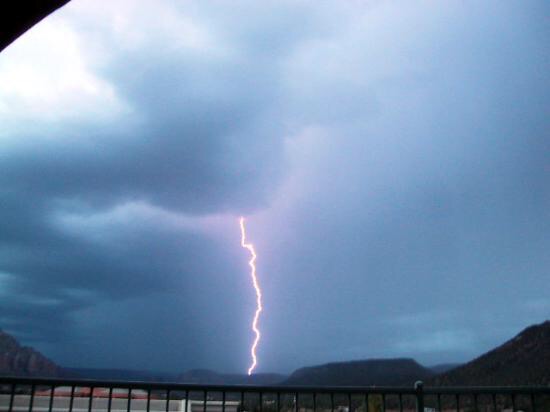 I looked over at my friend and saw only an empty chair with a Game Boy still on it. I went inside the hotel and there he was, safe and sound. He told me that when he saw the lightning he wasn’t afraid, but hearing the bolt as it was striking scared him half to death. I called him a wuss and then left it alone.

Yeah, I guess I’m pretty fortunate to have been missed by the lightning that night. No worse for the wear. In fact, the only symptom is pretty cool. When the power goes out, I light up like a candle.