Turns out “The Voice” had nothing to do with singers. It was about Adam Levine’s schizophrenia.

I’m pretty sure I’m going nuts. Yeah, I know many of you think that ship sailed long ago, but this time I really think it might be true. It’s all about dreams. They are very lucid. So much so that I have “real” conversations with people.

I’ll wake up talking to someone out loud. There’s nothing special about the people, but I think I’ve talked to more people than Barbara Walters and Larry King combined. And those are just the ones I remember.

Last night, I had a long talk with Tom Brady, trying to convince him to throw some games (bud-um-bum) so the Dolphins could make the playoffs. He was downright angry that I would even consider asking him. He said it was cheating. Then the conversation became very interesting.

I ended up bribing one of the offensive line men to let Brady get sacked while they play the Dolphins. So, we’ll see what happens during the games. 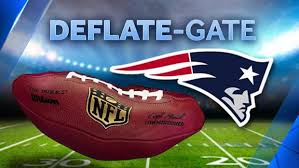 I’ve spoken with Barack Obama, Bill Clinton and a whole bunch of other people, from all walks of life. Even our puppies. I’m not picky about who I talk to. I’m an equal opportunity lunatic.

I don’t understand it, but it happens every night now. I think I’m going to have to talk to my shrink about this, but I’m afraid they’re going to lock me up in the looney bin and throw away the key.

The other dreams that might prove that I’m one Lego short of a set, is that someone will tell me I have to do something. I’ll get out of bed and suddenly realize that there’s no one there. I get back in bed and just go back to sleep like it’s normal.

Do you have any issues like this? Perhaps I’m not the crazy one. Maybe it’s all of the people who keep starting these uninvited conversations with me. Maybe they’re the whack jobs. Yeah, I’m going to run with that.